The Texas trip is hours away and although the field component begins tomorrow, our preparations for this expedition began months ago. In this second blog entry I want to give you all a little idea about what’s involved in mounting a “simple” 6 day trip like this.

For this first ConocoPhillips sponsored expedition, we’re focusing our efforts on four shorebird species of conservation concern that winter along the Texas Gulf coast region and breed somewhere in Alaska and the Canadian Arctic. Once these species leave Texas in spring we have no idea what migratory routes they take or where they breed—this is precisely what we want to find out. What happens in these places could decide their fate.

We chose to focus on the Long-billed Curlew, Black-bellied Plover, Marbled Godwit, and Red Knot. Just about all of North America’s shorebird species are in sharp decline including the Red Knot—a species whose populations have plummeted by over 95% since 1968. Any information we gather, whether on their connectivity or on the techniques we use to study them could help save the species from extinction.

A flock of red knots in their winter plumage. One bird has a color-marked leg band. © Dan Garber.

The first step was to begin discussions with local scientists in Texas and other shorebird experts throughout the country to gather more details on the how, where, what and when. We had to determine how to capture the species, what type and size transmitters the species could carry and what sort of harness and color markers to use. A typical guideline for the use of backpack transmitters is that they cannot be more than 3% of a bird’s body weight.

To keep within this range, we chose a newly developed 3.4 gram satellite transmitters for the Knots, Plovers, and Godwits and 9.5 gram solar-satellite tag for the Curlews. In addition to transmitters, each bird will be banded with a USGS aluminum band engraved with a unique number and a color band.

Aluminum and colored bands to aid in future identification of individual birds.

The second step was getting approval and the permits from the various regulatory bodies. This process takes months not weeks. The banding of birds in the United States is controlled under the Migratory Bird Treaty Act and requires a United States Federal Bird Banding and Marking Permit. This requires an application outlining proof of our experience and training and a research proposal that explains the purpose of our project.

Equally important is getting approval from the Institutional Animal Care and Use Committee from within the Smithsonian Institution. This committee ensures that all of our capture techniques and handling procedures are treating the animals with the utmost care. Then there’s the Texas and local permits as well as permission from any of the property owners where we plan on catching the birds.

Almost there—next up getting the equipment together. The transmitters we put on the backs of the birds are made by hand and take 6 months to make so this order is submitted prior to knowing if permits have been approved. As you can see there’s a bit of breath holding involved. Making matters more nerve racking was the fact that the 3.4 g transmitters (the lightest satellite devices ever deployed on an animal) had already been delayed by 9 months. 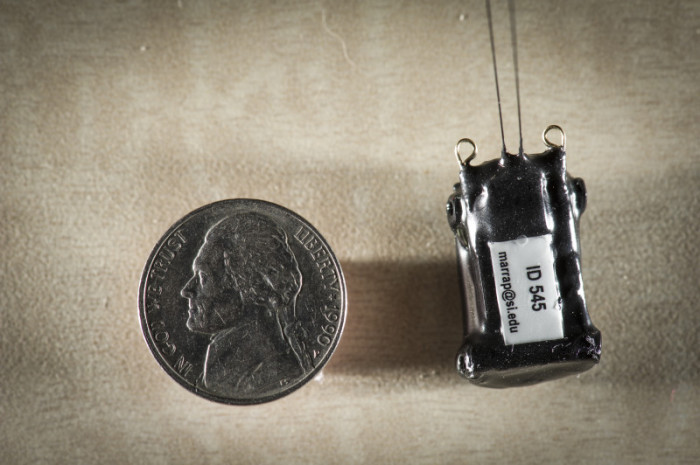 After months of back and forth and some field testing here in DC our stars, thankfully, aligned and the tags were in our hands just days ago. Finally, there’s the purchasing of equipment…color bands from Poland, cannon nets, bleeding supplies and all sorts of specialized tools. Not mentioned was the organizing of the photographer and video team, booking hotel reservations, flights and cars. The only thing left to do is pack personal gear and kiss the families goodbye for a 5:45 a.m. Texas departure on Tuesday. North Padre Island here we come.

About the Author
Dr. Pete Marra is the Head of the Smithsonian Migratory Bird Center and founder of the Migratory Connectivity Project. Pete's research in avian conservation science has three broad themes, including the ecology of migratory birds, urban ecosystem ecology, and disease ecology.
Social Share