by Autumn-Lynn Harrison
Comments are off
Field Work, Long-Billed Curlew

It’s our last chance to catch and track a curlew in the southeastern US this year. Every year that passes, fewer birds return to winter here. If the tides and the birds don’t cooperate today, we may never discover where they breed, and we may lose the chance to know why they are vanishing.

We’re back on Wolf Island National Wildlife Refuge for a second day of trapping in Georgia. Dolphins keep us company while we wait for shorebirds to arrive. Swallows put on an acrobatic performance overhead. We pass the time discussing the potential of the new Star Wars movie, opening today. It’s in the 70s, less than a week before Christmas. Conditions couldn’t be better.

As the tide rises a lone curlew arrives and probes the mud with a group of Marbled Godwits. This morning, we have three cannon nets ready: two large nets and one small net. Tim Keyes runs an impressive operation. We hope these three nets will maximize coverage of where the birds are likely to be along this long stretch of beach. 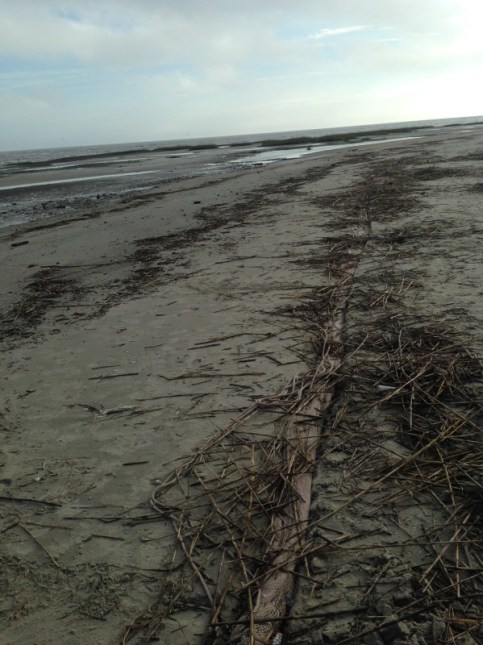 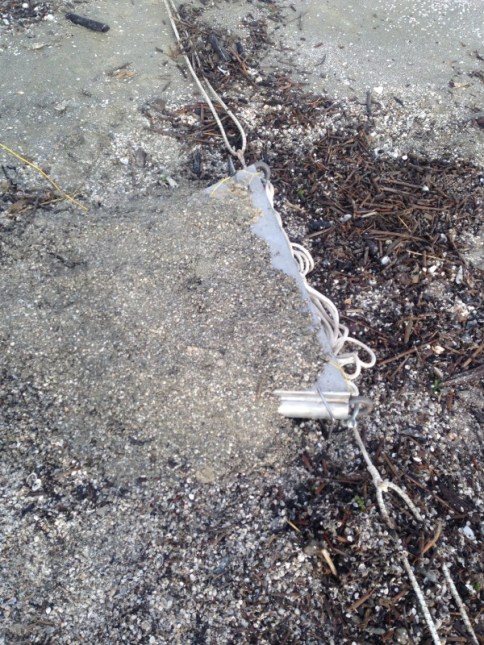 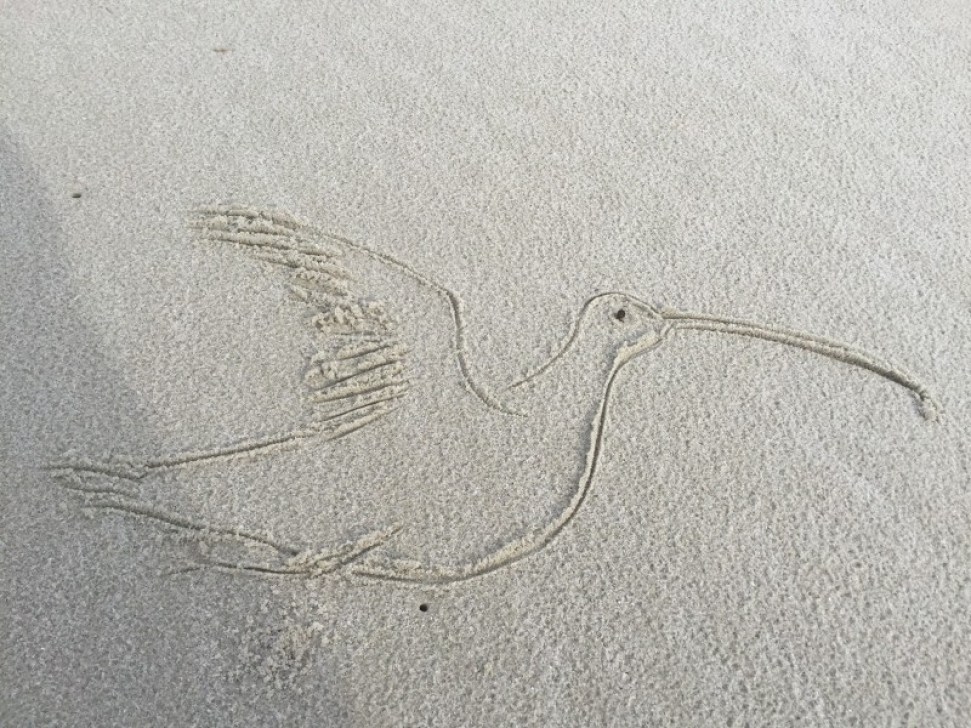 Passing the time with some good luck charms in the sand (Artwork: David Newstead)

David Newstead is positioned strategically on the beach with a spotting scope. We hope his presence prods the birds a little further along the beach than they were yesterday, to put them in front of our capture zone. Chris Depkin with Georgia DNR and Chuck Hayes with USFWS are each in their boats, providing unique angles on the scene. The rest of us hide behind dunes and brush, binoculars trained on the site, ready to fire the canon nets.

Oystercatchers arrive. Gulls arrive. Pelicans arrive. The tide rises and the shorebirds, including the one curlew, move upward on the beach toward the capture area. After an hour or so, with careful coordination between people on the land and the two boats offshore we are confident the curlew is in the capture area among the oystercatchers and godwits. The tide is nearing peak and this is our best chance.

After the net fires, we all run! Our first priorities are to find the curlew in the net (if we caught it!), and to free birds from the net as quickly as possible. Abby Sterling, a Masters student at the University of Georgia sees him first.

We caught the curlew (!!!), but just barely on the far edge of the series of nets. 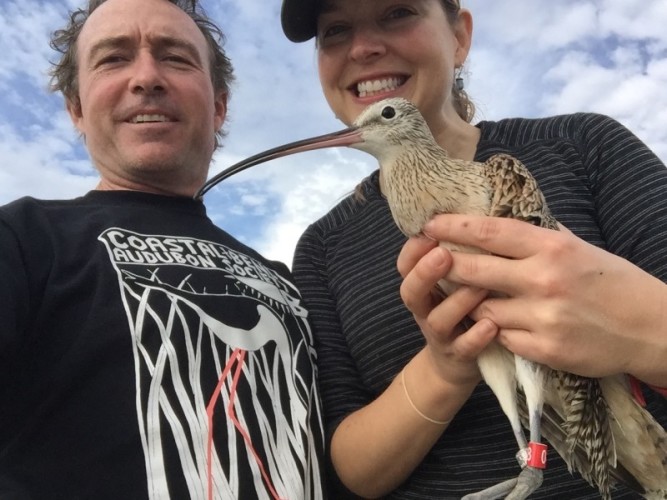 Along with the curlew, we caught most of a flock of oystercatchers, godwits, and an assortment of other shorebirds and gulls. The crew sets free many of the birds and retain the godwits and oystercatchers for banding. Tim’s group works quickly with the godwits and oystercatchers, measuring, weighing, and marking them with uniquely-engraved leg bands. At the same time, David and I work with the curlew, an adult male. We measure, weigh, band, and admire him. I fit a leg-loop harness around the bird, holding a state-of-the-art 9.5 gram device that will communicate his position via satellite.

We’re ready to release this important Long-billed Curlew and the honor goes to Tim Keyes, Georgia DNR. Tim releases the bird with a gentle nudge into the wind. The curlew lets out his call and gracefully angles back toward the marshy edge of the limits of our view. 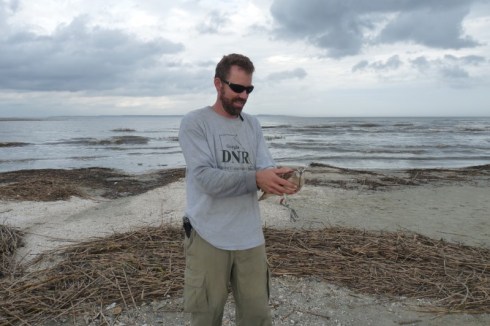 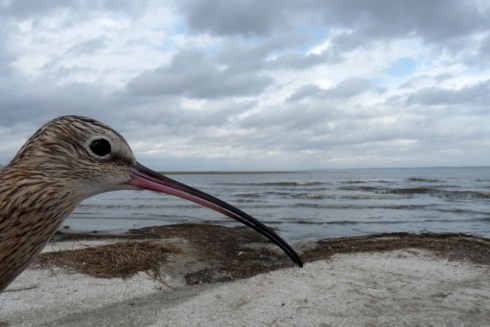 Most handsome mug in the south As the bird leaves, we have so many questions!  How does it use its wintering habitat? What path will it take to the grasslands of the interior? Where will it stop along the way? Does it breed in the same places as curlews we’ve tracked from Texas, or in remnant habitats at the eastern part of the curlew’s historical range?

This bird is being tracked now, and you can follow its movements live online. It is only one, but it could be the most important Long-billed Curlew ever to be tracked.

By Autumn-Lynn Harrison and David Newstead.